And when I arrived, a line I ended up saying often was “we’re paying for the sins of the past right now.”

To wit, some mistakes that’d occurred:

This led to a bevy of problems, summed up like this: The team wasn’t considered a primary revenue driver for the company. We changed that.

✓ Best Q1 results for this team in company history in 2021

How? Here’s a deeper dive into my role(s) in our revenue growth: 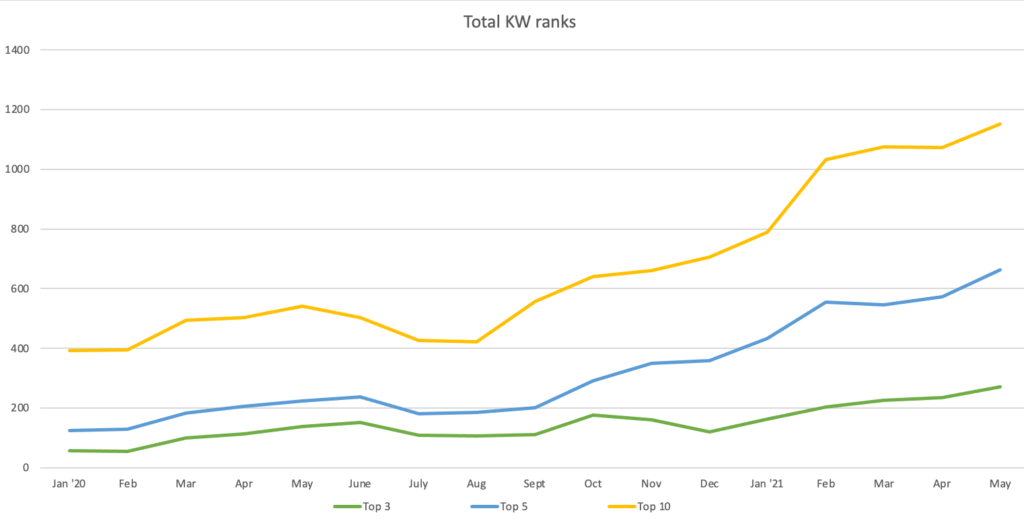 I realized we had a lot of outdated, irrelevant content … and Google Search Console’s data agreed. I ended up deleting 1/2 of the website in Q2 2020 while also working on sitewide SEO initiatives.

The result? Aside from writing a blog detailing my SEO content audit and its results, rankings have steadily risen and organic is easily our No. 1 driver of leads, pipeline, and closed-won revenue for the team.

While this was a major focus for me initially, as my role grew it became tougher and tougher to stay as focused on this as I poured more energy into …

I inherited our instance of 6Sense, which had been setup but had nobody actively using the platform before I was hired. Operationalizing this platform became a major point of focus, and our team used its data to better inform marketing plans, sync with Sales, and enable our Sales team to make much more informed outreach.

Transitioning to an account-based approach has its challenges, but it worked with the rest of our efforts to generate stronger pipeline.

In Q1 2021, my role expanded as I took over ownership of pedowitzgroup.com and all digital properties. This included all strategy, such as project prioritization / management and vendor management as well as often hopping into the site and working on front-end changes.

I opted to fire our current web agency in favor of a different option which I vetted and hired, which turned out to save the company 25% on outsourced web costs while maintaining the steady progress.

In addition, the site continues to rate better in key speed metrics and high-value pages continue to be optimized to meet evolving customer demands, such as deciding to redesign our customer stories page based on heat mapping data showing our previous page was missing the mark.

Also in Q1 2021, I grew to own Drift, our conversational marketing platform

At the time, we’d only recently adopted the platform and had one generic catch-all bot firing across the site. In six months, I grew that to be 20+ playbooks with a scalable process for a much stronger on-site experience, including switching gated assets from forms to chatbots (which enabled less friction in sign up processes + allowed customization based on our ideal customer profile).

In the first half of 2021, Drift has generated $200K+ in directly-attributable pipeline and over $50K in closed-won revenue, while also creating a seamless experience for earlier-stage leads by replacing forms with chatbots throughout the site. It’s also supported ABM target account experiences that has influenced another $500K in pipeline.

I assisted in multiple aspects, from identifying gaps in our process (“Why’s this lead not marketing-sourced when the last touch says “TPG website?”) to working with Sales on lead scoring updates to even occasionally making sales calls / emails / LinkedIn outreach myself.

It wasn’t a primary responsibility, but I was absolutely an active participant in supporting this crucial process. 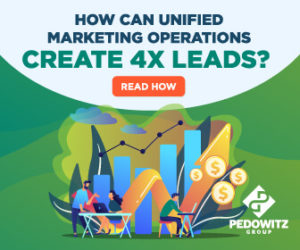 Currently, we rely on a mix of LinkedIn, Google, and 6Sense ads as the primary drivers, but the other channels are used in various capacities. And as 6Sense capabilities continue to change (such as importing segments into Facebook), this mix will probably have shifted by the time you read this!